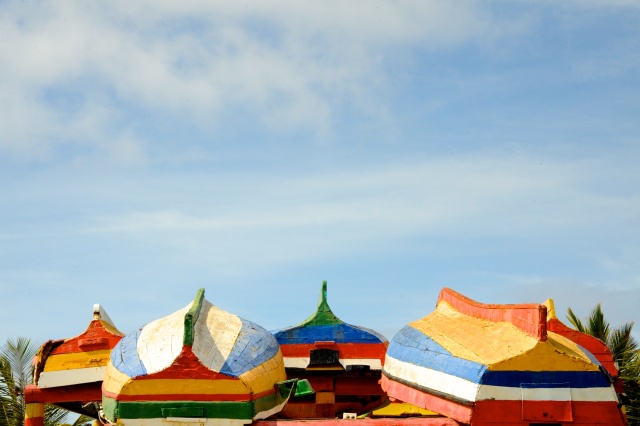 Success is where Jesus is.  The most precious words for me in both these stories comes from the second story.  It is a moment when the Disciples suddenly realise who it is that is speaking to them.

The moment we can get to that stage where we recognise the hand of God in our lives and that it is He who has given us the success, we can enjoy that success.  The Lord gives success to those things that He is involved with.
Years ago, I met with a lawyer. This lawyer had helped many churches and ministries get their legal affairs in order. In the process he had seen many different individuals and organisations with their struggles and successes. As we began to chat he said to me that there were two types of organisations that he had seen from his experience. He said it this way: ‘There are those who put $100 in and get 5 cents out and those who put 5 cents in and get $100 out.’ It was a strange illustration and I asked him to explain. He said that some of these organisations that he has helped seemed to struggle. They put in lots of effort to make it succeed, but although they had good intentions, it never seemed to really be a success. Then He said that there were others who hardly put in any effort, but every effort seemed to bring fruit and flourish. In the beginning he could not understand why. But he said that over time he began to realise that those that seemed to grow and flourish were those on whom the hand of God rested. Those that were a constant struggle, he had wondered if they were things that God had actually called for or not? As I explained to him how our little initiative had grown and almost run away with us, he said: ‘You see, you put 5 cents in and you got $100 out!’
I believe this illustration can be applied to all areas of life. It can apply if you are in the ministry, in a job or in your own business. When God is in it, there will be success and provision.   The Disciples here had tried to do it alone. They put $100 in and got nothing out, except exhaustion and frustration, but when Jesus arrives on the scene and His presence was with them, success was an automatic and unearned path to success.  At the end of the day, what is success to a fisherman? A catch of fish of course!
Free DAILY BIBLE VERSE via email: http://www.AliveToGod.com/Subscribe
PRAYER REQUESTS: e-mail Prayer@AliveToGod.com
INFORMATION about Alive to God: visit http://www.AliveToGod.com

0 thoughts on “Success goes where His presence is”