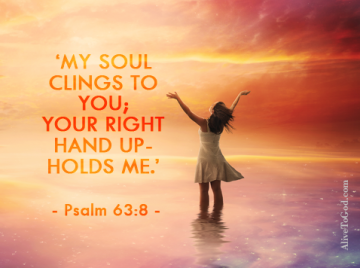 It moves from bondage to deliverance and then to freedom.  This is the pattern that I see in the story of how God rescued the Children of Israel from the bondage and slavery in Egypt. Each of these stages has its own unique aspects.
BONDAGE
During this time the nation was subjected to the rulers of Egypt.  They were slaves, but even as slaves they lived under certain conditions.  Everything was provided.  They were fed, clothed, housed, given work to do and given the materials to do the work. They did not need to think for themselves, they just had to do what they were told to do.   Everything else was taken care of.  The Pharaoh had the vision and they had to do the work.
DELIVERANCE
Then came their deliverance and they were freed from bondage and crossed the Red Sea. But even here they were provided for. Their clothes and shoes never wore out. God fed them with manna and quails.  The Lord provided water out of rocks and He provided a cloud to shelter them in the day and a pillar of fire to give light and warmth at night. Everything was provided and they just had to follow Moses.
FREEDOM
Then came freedom and they crossed the Jordan into the Promised Land. Suddenly everything changes.  The daily provision stopped.  They had to take responsibility.  They had to begin to get their own vision.  They had to begin to plan and work.   They had to overcome the enemies that they encountered.  There is no such thing as freedom without responsibility.  In fact freedom carries with it the burden of responsibility.  The more responsibility we pick up, the more freedom we will enjoy.
Free DAILY BIBLE VERSE via email: www.AliveToGod.com/Subscribe
PRAYER REQUESTS: e-mail Prayer@AliveToGod.com
INFORMATION about Alive to God: visit www.AliveToGod.com

0 thoughts on “There is often a process in coming free”