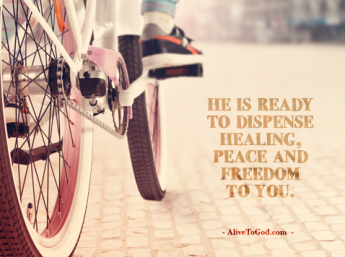 Samuel’s story reminds me of Mary after the angel had brought her the message from God.

Luke 2:19 ‘Mary kept all these things in her heart and (pondered) thought about them often.’

The implication is that this young boy did not sleep that night.  He was, in all likelihood, troubled and thought extensively about what the Lord had said and he probably was considering the implications and what he would have to face in the morning when he saw Eli.  Possibly he even tried to memorize the exact words that God had said so that he would not add too or subtract from what God had said.  He realized that when God speaks it must never be taken lightly.
Another aspect is that when God speaks we are changed. Samuel went from being a boy to being a man.  After God had spoken, nothing would ever be quite the same again. When God speaks it is always designed to move us forward and on into what He has in store for us.
Free DAILY BIBLE VERSE via email: www.AliveToGod.com/Subscribe
PRAYER REQUESTS: e-mail Prayer@AliveToGod.com
INFORMATION about Alive to God: visit www.AliveToGod.com

0 thoughts on “When God speaks we are changed”